"So what languages do you speak?"

"Chinese, Swahili, Czech, and Hindi. And enough Maasai and Romani to get by."

Sounds great to me!

Speak more than one language? This is what it does to your brain

Which languages should one learn?

Now, if you want to learn most useful languages, in general...

America is a pretty easy thing, being rather monolingual. You can communicate with almost all, if you speak Spanish, English, French and Portuguese.

To communicate with Africans, add Arabic to the list. These five languages get you through most of Africa.

To communicate with Europeans... most Europeans today manage in English, but it helps if you add Russian and German to your list.

To communicate with Asians... again, most Asians speak English as well (modern, urban Asians at least), but if you add Chinese to your 8 languages, that covers a lot more. Add Hindi/Urdu and Malay to the list, and you cover some more ground.

Basically, because he believes studying Esperanto makes you a religious fanatic and a leftie.

I could have just passed by that, but he said something that triggered me.

"Now, I know this will probably stir up a beehive (I wish I could say I’m sorry but facts don’t care about hurt feelings)"

Your subjective opinions are not facts, Donovan. You could say you're sorry for expressing your opinion in a prejudiced and judgmental manner - because that's what you are doing - but in reality it's you who doesn't care about hurt feelings. You just call yourself "facts" because you are a pompous ass.
(Also, it doesn't stir up anything, because no-one cares about your opinion that much.)

Now, I don't much care about learning Esperanto, because it's boring and uninteresting and pretty unoriginal, and my reason to study languages is not to be able to communicate with people. I think I have enough languages already to not to try to get in a quickie to make it speedier to learn more languages, but I might learn it just because it is a quickie. Also, because my father knew it.

So, without further ado,

"Esperanto has always been a means to a political end"

Bull.
I know that languages are carriers of mindset and ways of seeing the world. But Esperanto? No. Simply because it is a conlang.

"Esperantistan is an ideologically homogenous landscape"

Bull. It's a way of communicating, and nothing else.

There are many different definitions to culture, but as he says, Esperanto doesn't have a culture attached to it, which means that one doesn't need to waste time with acculturation when learning it. No "half third times twenty" or "ten seven" here.

I'm sure there are some fanatical Arabic lovers as well.

Well... of course you should spend time learning languages you want to learn, but if you learn languages to learn languages and to communicate with people, and knowing a language - any language - helps you to learn another languages easier, then you should learn the language that is easiest to learn, and Esperanto is one of those languages. It also comes without the cultural baggage, which makes it even easier to learn. No idioms. No culturally sensitive words. No complex courtesy phrases. Etc. It's just pure language, easy peasy. It doesn't take long, and if you know it, you will be able to communicate with a lot of people. So, you won't be "wasting" much time, if you decide to learn Esperanto.

"Esperanto has failed – not that we needed it anyway"

There has always been lingua francas, and these languages have been national languages, which have made them not suitable to be used as lingua franca, because if two nations are at war, they wouldn't want to use each other's language. During the WWII one could get into trouble just by knowing German or Russian. (Now, people got into trouble speaking Esperanto as well, but ah - what didn't they get into trouble for, really...) There was a need. Otherwise Esperanto wouldn't have existed. Duh.

Of course a living language is always more successful than a dead or constructed language, but has Esperanto failed? There's 2 million Esperanto speakers in the world. There's probably a couple thousand Native speakers of Esperanto. Generations of native Esperanto speakers.
Esperanto is a very young language. It's only 133 years old. English is about 10 times older, with even longer history in pre-modern forms. What will Esperanto be in 1000 years?

"We’re rapidly losing endangered languages and more than half of them will be lost forever by the end of this century."

Now, this is the only reason I can accept as valid - learn an endangered language rather than a conlang. But he isn't saying this as a reason not to learn Esperanto. And he chose to learn Arabic... As far as I know, he hasn't studied one endangered language. He says he's interested in studying them, but - I am interested in everything between the core of the planet to the deepest space millions of light-years away, and it doesn't mean anything. Not one language was saved by interest alone. So, who is he to bash Esperanto learners for choosing to study that and not an Australian language?

Adults are not children

"The fundamental objection, then, to the natural method is that it puts the adult into the position of an infant, which he is no longer capable of utilizing, and, at the same time, does not allow him to make use of his own special advantages. These advantages are, as we have seen, the power of analysis and generalization - in short, the power of using a grammar and a dictionary."
Henry Sweet
- The Loom of Language 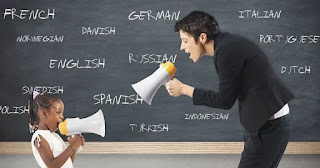 "We have not yet got away from education designed for the sons of gentlemen. Educational Platonism sacrifices realizable proficiency by encouraging the pursuit of unattainable perfection."
- The Loom of Language


So, you see, all this anger and hatred towards people who say one can learn a language in a week, 10 days, 3 months or any other shortish time period, is mostly misplaced.
Maybe people are jealous for a "charlatan" getting the attention, fame and even money and opportunities they think should go for "real" people, who have spend hours, days, weeks, months, years studying a language and have reached an almost native proficiency in it.
Maybe people feel cheated thinking they have been spending a lot of time doing things while others just whiz by doing nothing much.
Maybe we have the Lutheran attitude of "only a thing one has to work hard for is worth something".
All this is, of course, total BS.

I'm still doing Duolingo for Polish. Other than that... nah. I fear my language time has passed for this year. :-( Did not learn enough Polish to read the Witcher in original language. But I am learning Polish. :-)
Posted by Ketutar at 08:59 No comments:

Yesterday, 11th of August, was my name day. My name is Sanna.

I was kind of overwhelmed by the multipotentialism thing yesterday, so I only talked about that in my blog, but I promised to tell you what I did - so here it comes.

* lexemes - I worked with my flashcards together with Reverso Context - it makes it easier to understand the word when one sees it used in context, so the cue word on the back of the flashcard becomes just that. It's not the literal translation, but a cue. Also, more writing ;-)

"The reflexive pronoun "się" is of protoindoeuropean origin much like spanish "se", English "self", German "sich" or Swedish "sig"."

Also, it comes as a suprise to many learning Scandinavian languages to learn that they do have gender - but not masculine and feminine. They used to exist, but "melted" into one, "en", which is "common", while "et" is "neuter" 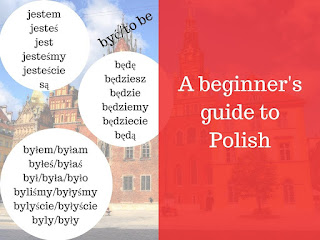 Got my attention, because of this:

Most phrasebooks will teach you how to say certain things, like please, thank you, how are you, I'm fine, thank you, excuse me, I'm sorry, pardon, etc. etc.
and all of that is based on the politeness in the author's culture.
In Finnish it is possible to say these things, but... are they being said?

There really isn't a word "please" in Finnish. We have "ole hyvä" (be good, if you could be so kind), which isn't really the same thing, and isn't used the same way either. It's more "here you are", than "please". So, don't learn that. We use quite a lot of "kiitos" (thank you).
Like "kuppi kahvia, ole hyvä" (babelfish translation of a cup of coffee please) gets "er... excuse me, what?" reaction, because that is what the waiter says when he gives you the cup. It's "kuppi kahvia, kiitos".

"Jak się masz? sounds very stilted, which is why hardly any Pole uses it in everyday speech.
While it’s true that the phrase is one of the most literal translations of “how are you?” into Polish, it doesn’t necessarily mean that it sounds good to the Polish ear. People who say jak się masz? are mostly foreigners… or Poles who just want to sound quirky."

When I started studying Basque, the first thing I learned was "don't use the politeness phrases. The use of those is very prominent part of both French and Spanish, which are the languages of the oppressors, and is like a red rag to a bull to the basque people, kind of saying "I'm with them" and "look at me how polite and better than you I am!". 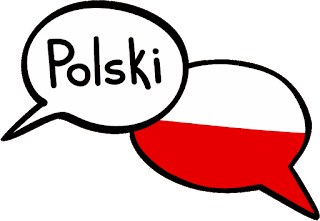 It's really hard to limit oneself...

Now I have been working with Polish for a week. But... I have been looking at my blog, and finding things, and one thing leads to another, and I am losing focus... I'm going to fail. Again. I will not learn Polish. :-(

So... how will I limit myself and keep focus and keep working on Polish?

I went to look for some help, suggestions, tips, advice, anything, and found "multipotentialites"...

I didn't know this is "a thing" before today...
Of course I have heard about multitalented people, polymaths, renaissance people - and I know I am one - but I didn't know about "multipotentialites".

I’m a Jack of all Trades, master of none…

I often don’t finish the things I start…

People say I have Shiny Object Syndrome, always chasing the next sparkly thing…

The Magic of Everything - Are You a Multipotentialite?

"Both Sher and Wapnick explain that it looks like multipotentialites don’t finish what they start but the truth is, our finishing point is just not the same as other people’s. We feel called to stop doing something once we got what we came for, when we’ve learnt everything we feel we need to know. We rarely quit because something is too hard. We “quit” because our intellectual curiosity is satisfied and we’re drawn to move onto exploring our next challenge.

Because that’s what we do best."

Just a week ago I was crying about this:
"I was reminded of the fact that talent, intelligence, aptitude, even love of languages mean absolutely nothing when it comes to learning languages."
And the thing is, THAT WAS NEVER A FACT!

I am not into this to become a polyglot! I am not into this to learn all these languages I want to learn, there is no end goal. This is a never-ending journey, just enjoying the beauty of the languages and human mind, thinking... I mean... I NAMED THIS BLOG LANGUAGE MUSE!
This is supposed to be a source of INSPIRATION. I am here to INSPIRE people. Not to teach anyone, not even me, anything.

I feel so... cheated.
And so... happy, liberated, vindicated even.

I'll tell you what I learned about Polish tomorrow :-D
Today I'll just enjoy the ride :-)
Posted by Ketutar at 12:39 No comments: